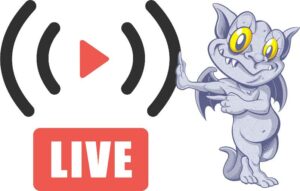 What’s It All About? 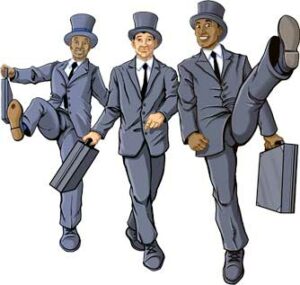 There are parades…and then there’s Northampton Neighbors’ DoozyDo Parade. Inspired by Pasadena’s Doo-Dah Parade, a zany alternative to the traditional Rose Bowl Parade, this Fall’s DoozyDo Parade will put the fun in fundraiser with a joyful, inclusive, unconventional celebration in–and of–the City of Northampton. Like the Hot Chocolate Run and Monte’s March, the DoozyDo Parade is an opportunity to come together for a compelling cause. It will raise awareness and financial support for Northampton Neighbors, a volunteer-based organization providing free programs and services to help seniors live independent, engaged lives in their homes and communities.

/ˈdo͞ozē/
Noun. Something outstanding
or unique of its kind.

/do͞o/
Verb. Perform an action, the precise
nature of which is often unspecified

The parade will feature groups (teams) of participants of all ages, as well as bands, floats, antique cars, and representatives from local nonprofits and businesses—all celebrating together. Led by Retired Sgt. Andy Trushaw with a 1960s-era Northampton police cruiser and the Expandable Brass Band, the parade highlights will include: Grand-ish Marshals Bill Dwight and Kelsey Flynn; Gertrude the Gargoyle, who once kept watch over Main Street from the roof of the Words & Pictures Museum; bagpipers; Pioneer Valley Roller Derby skaters; staff from Forbes Library (with a golfcart); The Northampton School Committee; and Northampton High School’s Band; with more to come.

Support for Northampton Neighbors will be generated through donations from business sponsors, along with contributions from individuals and teams marching in the parade.

Kelsey Flynn
Kelsey is an improviser and stand-up comic who’s performed all over the Pioneer Valley and beyond. She’s laughed with audiences at a former Chinese restaurant in Hadley, Caroline’s on Broadway, and many an American Legion in between. Kelsey also teaches stand-up/storytelling at Happier Valley Comedy and runs an open mic there on the third Friday of every month. Sometimes, you can still hear her on 93.9 the River, WRSI-FM. She lives with her wife and two kids in Northampton.

Dennis Lee
Dennis Lee has been around a microphone since 1966.  For 23 years he helped wake the community up with morning radio in Northampton. Mrs. Lee’s son Dennis is a DH-a designated ham who loves parades.

The Lineup (so far)

The DoozyDo Parade is fully supported by The Greater Northampton Chamber of Commerce.

Important: All teams are kid-friendly and apolitical, as judged by the parade organizers, because, like Northampton Neighbors itself, we want everyone to feel welcome at the DoozyDo Parade, whether they are parading down the street or watching from the sidewalks.

Come for the Parade. Stay for the cause.

About Northampton Neighbors
Northampton Neighbors was founded to help each other maintain independence, dignity, and joy over time as we age—and engage—in place. We provide services and support for seniors in our community as well as opportunities to connect and share through programs and events. Membership is 100% fee-free, and we welcome people of all ages from every corner of the community to participate in whatever ways feel most meaningful to them. Learn More